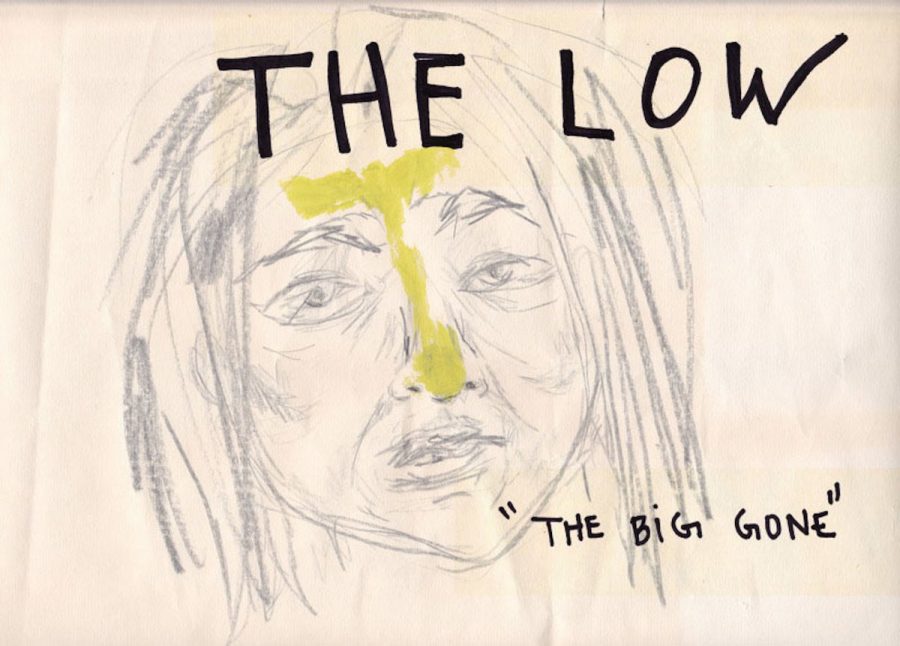 The album “The Low” by The Big Gone is perfectly named for what it is—low-class, badly produced and dingy. It’s the perfect example of what “underground” music should be and the kind of record that makes you want to start your own band.

I grew up loving anything considered underground, and went out of my way to find weird, misunderstood and undiscovered music and artists.

Enter The Big Gone, with Claire Cosgrove on bass and lead vocals, lead guitar and backup vocals by Nick Sena and Will Geer on drums.

Originally from Los Angeles, the band labels itself as “#dressrock” with album artwork that might fit perfectly in a hip salon or an art show.

Their music is deep and personal, exploring individuality, addiction and insanity. The lyrics are personal yet relatable, exploring darker themes while still being catchy enough to sing along to.

The opening track, “The Great American Actor,” is something of a confessional. The song tells of drug-fueled episodes of madness followed by stretches of regret and depression, all with a biting guitar and bass-driven melody.

The spacey “Kids In California” vividly highlights struggles like anorexia and depression with lines like, “Lay back, sit back, I’m talkin’ to you, you. I get skinny to fit in with girls I can use, use.”

Cosgrove’s voice sounds rehearsed yet natural, like she’d been singing her entire life but never had a formal lesson. The duet number, “Rolling Out The Window,” beautifully showcases these natural talents by contrasting Cosgrove’s sweet, melodic vocals over guitarist Sena’s low growl.

“Lunatic” is a pleasant surprise—the slow, twangy, dream-like melody is the perfect midsection refrain for this EP. It’s melancholy lyrics recall the last conversation between two friends before parting ways for the last time.

The final number, “Message to the Dalai Lama,” is a bluesy, guitar-lead number that perfectly wraps this project up. It’s quiet intro lures the listener in, almost demanding to turn up the volume and listen to the whole thing again.

By the end of the album, Cosgrove’s screaming vocals and Sena’s wailing guitar will have you singing along, screaming with them at the top of your lungs.