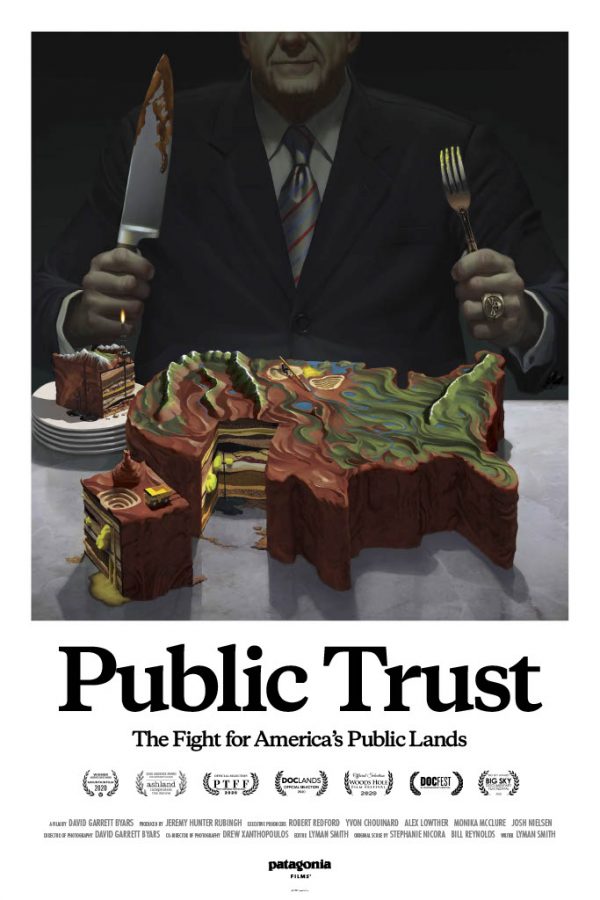 The award-winning documentary will receive a special free two-show screening on Wednesday, Sept. 23 at the West Wind Drive-In in Goleta, two days before its international release.

The film has gained recognition on the film festival circuit—winning Best Film About the American West at the Big Sky Documentary Film Festival—and the drive-in premiere will be the first time the film is released to the public.

The 7:15 and 9:15 PM showings are being presented by Ventura-based outdoor clothing company Patagonia and UCSB Arts & Lectures in association with the UC Santa Barbara Department of Environmental Studies and the Bren School of Environmental Science & Management.

“Both the company and this project really have a deep connection to this community,” said UCSB Arts & Lectures writer and publicist Caitlin O’Hara. “Patagonia and Arts & Lectures both wanted to offer this film as a gift for our communities to learn, discover, and come together around.”

The documentary focuses on three specific areas where activists are fighting to prevent the sale of public lands; Bear Ears National Monument in Utah, Boundary Waters Canoe Area Wilderness in Minnesota, and the Arctic National Wildlife Refuge in Alaska.

“It’s incumbent upon all of us to take the things we learn during this film, and our own experience, and take it out into the world of tangible action,” said director David Garrett Byars.