‘The Slow Rush’: A catchy, dream-like album that explores the mind 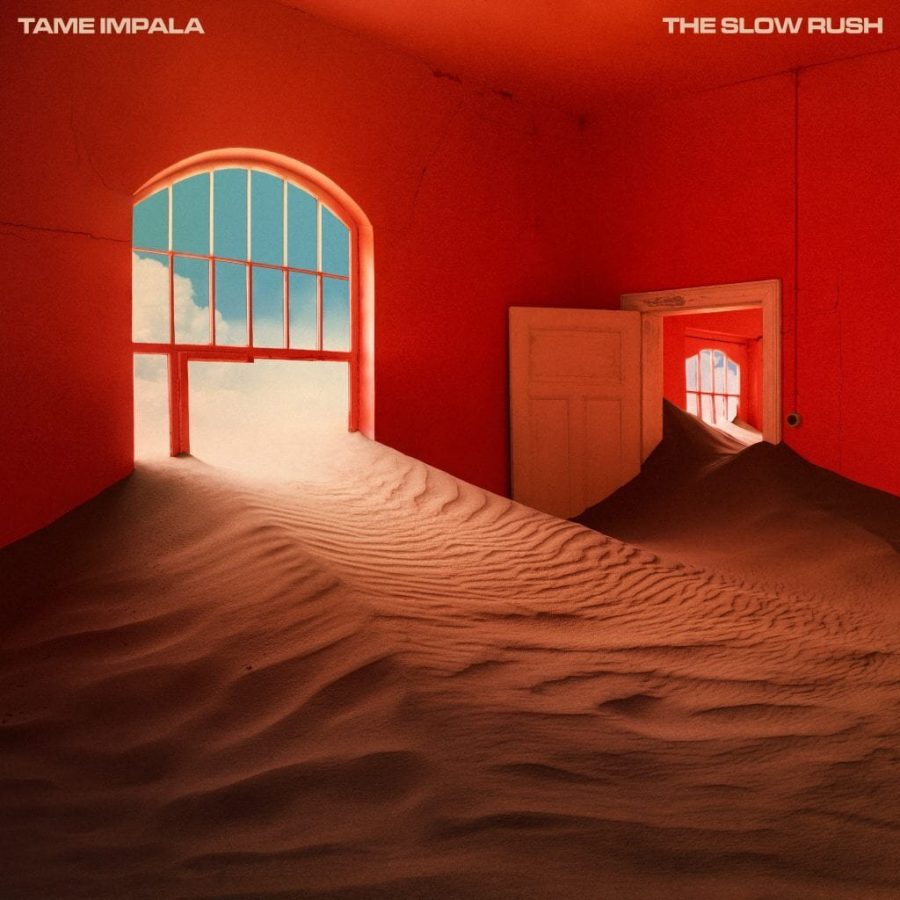 The Slow Rush by Tame Impala

On Valentine’s day, the psychedelic rock band Tame Impala released “The Slow Rush,” an album that surprised fans with a smooth, laid back twist to their usual adrenaline-infused sound.

Tame Impala is the creation of Australian songwriter Kevin Parker. “The Slow Rush” is the band’s fourth album, and stands in stark contrast to the band’s previous album “Currents.”

Much of Tame Impala’s work has meshed well with rave-like atmospheres because of its 70s vibe and hypnotic effects. But their newest release shakes things up a bit.

While “Currents” presented a more upbeat, yet still serene quality, “The Slow Rush” has a sort of dream-like sound to it, a surreal utopian that sends listeners to a more pensive place.

“Borderline,” the album’s third track, made me feel like I was riding in the backseat of a car, gazing out the window at the trees blurring as I passed them. The song is catchy and light while the lyrics depict being caught between the highs and lows of a drug-induced state. The highs and lows could also be applied to life, to say the least, the song is pretty complex.

“One More Year” felt like a memory within a dream. The vocals sneak in but never rise above the melody, so I had to let the background fade away and tune into the words.

The album stands out not only because of its sound but also its depth and perspective within the lyrics.

Parker bleeds parts of his mind into his music and then buries it under trance-like layers.

One of the songs that made a bigger impression on me was “Tomorrow’s Dust,” a short, creative track nestled in the middle of the album. The main line of the song, “And in the air of today is tomorrow’s dust,” tells listeners the impact of the present.

It’s not just the sound and lyrics that make this album memorable. The song titles themselves all relate back to the theme of time in one form or another with words like year, tomorrow, instant, destiny, post, on track and time.

The album title “The Slow Rush” is an odd turn of phrase but its contradictory nature reiterates this recurring theme of time. The album cover and design, depicting a colorful building full of sand, actually comes from a ghost town known as Kolmanskop in the Namib Desert of Africa. The town was once a prosperous diamond mine but is now a popular tourist attraction.

Much like sand in an hourglass, eventually, cities and towns fall to ruin. We can’t escape that. But this album also shows us the beauty in death, rebirth, and the mortality of human beings and the realities we stand upon.

All in all “The Slow Rush” is epic and original. Kevin Parker did not disappoint.