And the Oscar goes to: Predictions from two of SBCC’s film professors 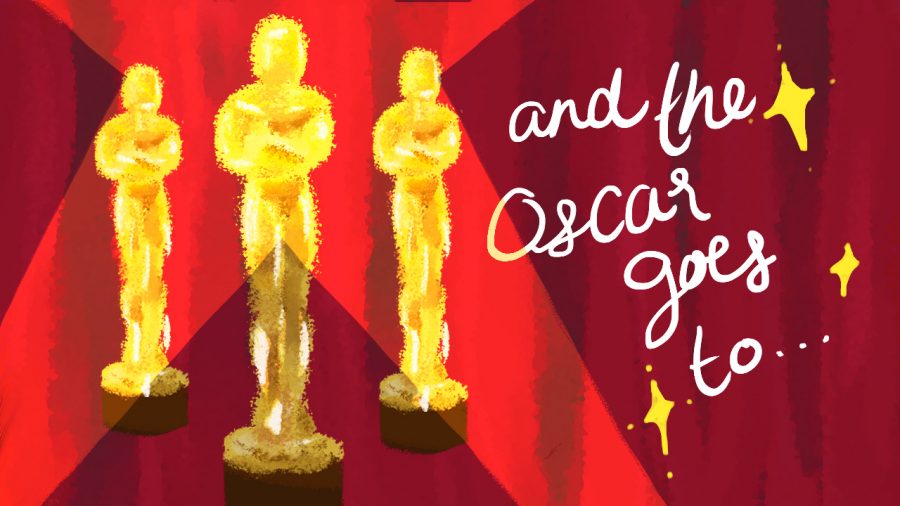 The 92nd Academy Awards are this Sunday, which means fabulous costumes, actors and actresses waiting in hopes of winning an Oscar and millions of viewers glued to their television screens.

The Channels interviewed cinema enthusiasts and Film Professors Nico Maestu and Roger Durling for their insight on who they believe will take home an Oscar.

In the best picture category, the competition seems to be between “1917,” “Once Upon a Time in… Hollywood,” and “Parasite.”

“‘1917’ is incredibly well done and seems to be a front runner,” Maestu said.

“Parasite” has been performing phenomenally at the box office and is the only international movie nominated for this year’s best picture.

“‘Parasite’ is incredibly well done and has a social message behind it,” Maestu said.

Durling said this particular category is going to be tricky. Out of the seven nominees, these three seem to be the top contenders.

Durling’s prediction for the winner of the best picture is “Once Upon a Time in… Hollywood” because the Oscars traditionally seem to embrace films about Hollywood.

“This is one of the hardest years,” Durling said. “Normally I’m dead on one.”

For both professors, the “Joker” is out of the running for receiving an Oscar in this category due to its dark content, even though the film broke records for the highest-grossing R-rated film of all time.

Actor in a leading role

Joaquin Phoenix is one of the favorites out of this year’s nominees. Phoenix did a phenomenal acting job in the titular role of the drama/thriller “Joker.” After winning the Golden Globe for best actor, this Oscar seems to be for him. “This is given by a long shot,” Durling said.

Actress in a leading role

Similar to Phoenix, many predictions say that Renée Zellweger will be going home with the Oscar for best leading actress. Zellweger won the audience over with her lead role in the film “Judy” and has been winning many awards so far, with a Golden Globe, BAFTA, and the Critics Choice award for best actress already under her belt.

“She won everything so far, this is scientific!” Durling said.

Actor and Actress in a supporting role

Both professors agree that Brad Pitt and Laura Dern are most likely to take these Oscars home.

“They swept everything and are both overdue,” Durling said. “They were both nominated before and never won an Oscar before for this category.”

“1917” is the most likely to take the Oscar home in this category.

The film takes place in World War I, and director Sam Mendes does a great job of capturing viewers’ attention with the captivating shots.

“This film is all about cinematography,” Durling said. “It seems like it’s been filmed in one shot.”

Maestu agrees but said he personally prefers the black and white horror film “The Lighthouse,” directed by Robert Eggers since it was a smaller-scale film.

Opinions vary when it comes to the directing category, but “1917” directed by Sam Mendes and “Parasite” directed by Bong Joon-Ho seem to be the frontrunners, with “Once Upon a Time in… Hollywood” directed by Quentin Tarantino following closely behind.

“‘Parasite’ should win, it’s the trickiest film, balances different genres and is shocking at moments,” he said. “But ‘1917’ is going to win because Mendes won the Director’s Guild.”

Many people seem to have a favorite in mind and are not scared to say that “Parasite” will take home the Oscar for this nomination. According to Durling, in past years it wasn’t as clear who would win, but this year, there is a sure favorite.

“By a long shot, it will be ‘Parasite’,” Durling said. “No competition.”

Though many predictions show heavily favored favorites, anything could happen. The show begins at 5 p.m. PST on Sunday, Feb. 9.