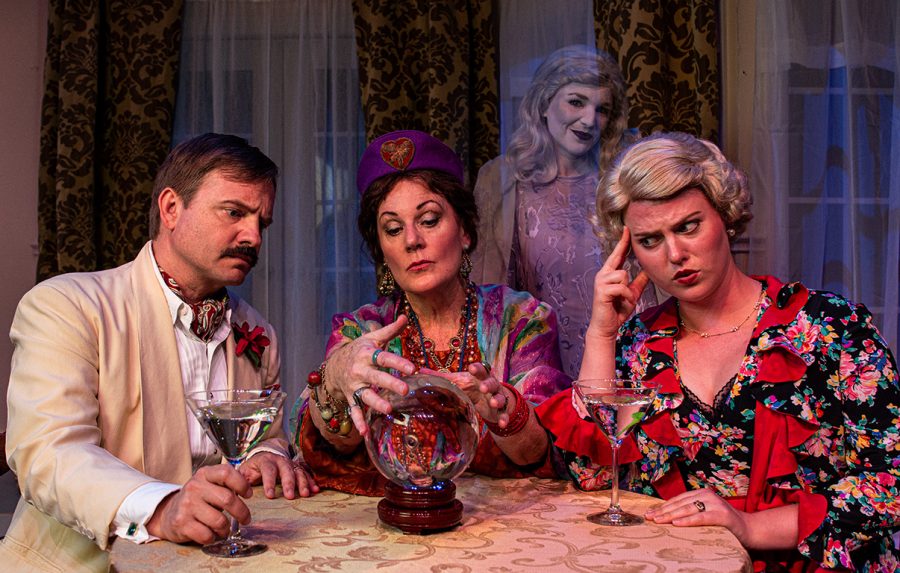 After many long hours of rehearsals and consecutive sold-out nights for the fall’s play productions, the members of the City College Theatre Group are looking forward to the winter break.

This semester the Theatre Group showcased two plays, “The Blithe Spirit” and “Sense and Sensibility,” both exhibiting stellar work the department is capable of.

“In [‘The Blithe Spirit’] we didn’t have as many students on stage but we had a lot of students backstage who worked really hard on making sure everything was working really well and I was really proud of the student crew,” said Patricia Frank, the department’s co-chair and scenic and lighting director.

Two things really stood out to Frank for this semester. The special effects in “The Blithe Spirit” and the leading roles in “Sense and Sensibility.”

For “The Blithe Spirit,” special effects were very prominent since the play deals with paranormal activity. The illusion of inanimate objects moving on their own throughout the set of the play and smoke machines illuminated the stage of the Garvin Theatre.

“I thought the special effects at the end of the show were very effective, I was happy that worked out,” said Frank.

“Sense and Sensibility,” the department’s second fall play, follows the lives of the Dashwood sisters through London while dealing with the constant societal pressures to find a husband. They lean on each other during times of trouble and heartbreak.

Katie Laris, department co-chair and director of “Sense and Sensibility,” said the moving performances of Penny O’Mahoney and Miranda Ortega who portrayed the Dashwood sisters were the highlight of the play. Both O’Mahoney and Ortega complimented each other and their on-stage chemistry did not go unnoticed.

“I thought we had a really amazing production of student actors for ‘Sense and Sensibility.’ I thought they really did a great job,” said Frank. “They really worked hard and they gave up a lot of time to do that, to make sure things looked as good as they did.”

She added that the tightly-knit theatre community helped pull the show together in the end.

“They were really looking out for each other, I think for a director there is nothing as wonderful as that, everybody working for the good of the show and supporting each other,” Laris said. “Everyone really took care of each other.”

The Theatre Group has already held auditions for their next production “The Curious Incident of the Dog in the Night-Time,” opening late February next year in the Garvin Theater.