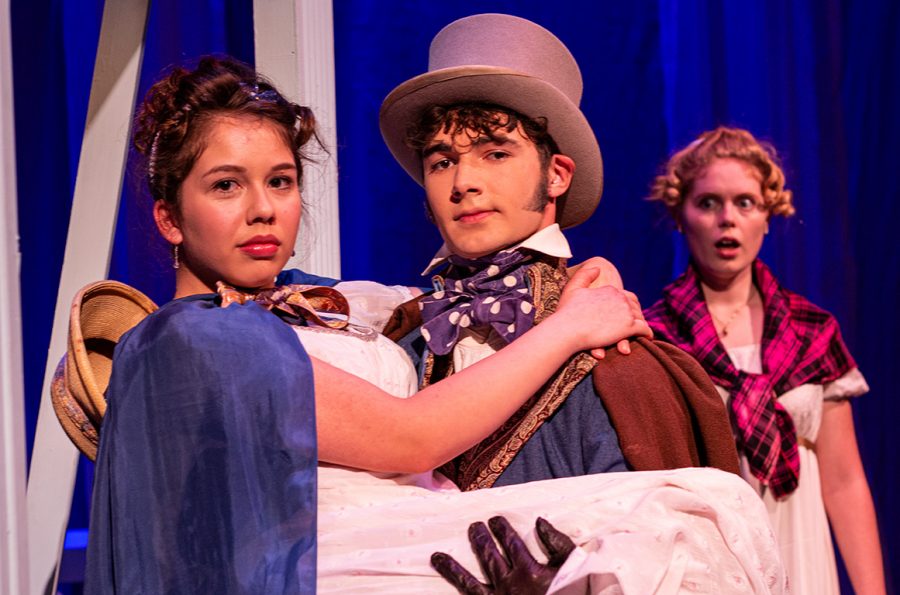 The Theatre Group at City College will be taking audiences through the hardships and growth of young adulthood in Kate Hamil’s “Sense and Sensibility,” a modern adaptation of Jane Austen’s 1811 novel.

The play is directed by Katie Laris, co-chair of the Theatre Arts department.

“It’s a tough play, no doubt, but I think we’re gonna be ready,” said Laris.

The play follows two sisters, Elinor and Marianne Dashwood, who are left penniless after their father’s sudden death and must pick up the pieces.

Elinor, played by City College student Penny O’Mahoney, represents sense. She’s a little older than her sister and a rational rule follower with a sense of decency and dignity.

“There’s not a lot of plays that focus on female leads,” said O’Mahoney. “It is very unique in that it has two females leads, which we are lucky enough to play.”

Burdened by the responsibility of taking care of the people around her, it seems that Elinor will never find love, always putting others’ needs in front of her own. Unlike her sister, she relies on her mind and her actions.

“I also think it’s a funny and different take on the story. It was written by a woman, which was really cool, I feel like you can tell it’s feminist-y,” said City College student Miranda Ortega, who plays Marianne.

Marianne is the embodiment of the word sensibility. She is emotionally impulsive and she easily gives in to her emotions.

Often breaking societal norms, she makes her decisions with her heart more than her common sense. She’s in love with the idea of love, a hopeless romantic.

Laris found the story very moving because of its focus on love, sacrifice, family and people trying to keep it together in a complicated world.

“There are so many things to set, but it’s really exciting to see the story really be told and to be moved by it,” she said.

After looking at more than 50 scripts, Laris ultimately decided on “Sense and Sensibility.”

The Theatre Group has been holding rehearsal five nights a week for at least four hours each meeting.

They have been working on the production for the past eight weeks, learning multiple roles, scene changes and more.

The final run of rehearsals will begin this week, focusing on the technical aspects of the show.

“They have to tell a story that is rather complex but also that still so understandable, about 200 years after it was written,” Laris said.

“Sense and Sensibility” will be shown Nov. 13 to 23 at City College’s Jurkowitz Theatre. This will be the second play of the semester, following “The Blithe Spirit.” Tickets can be bought at the box office or online.