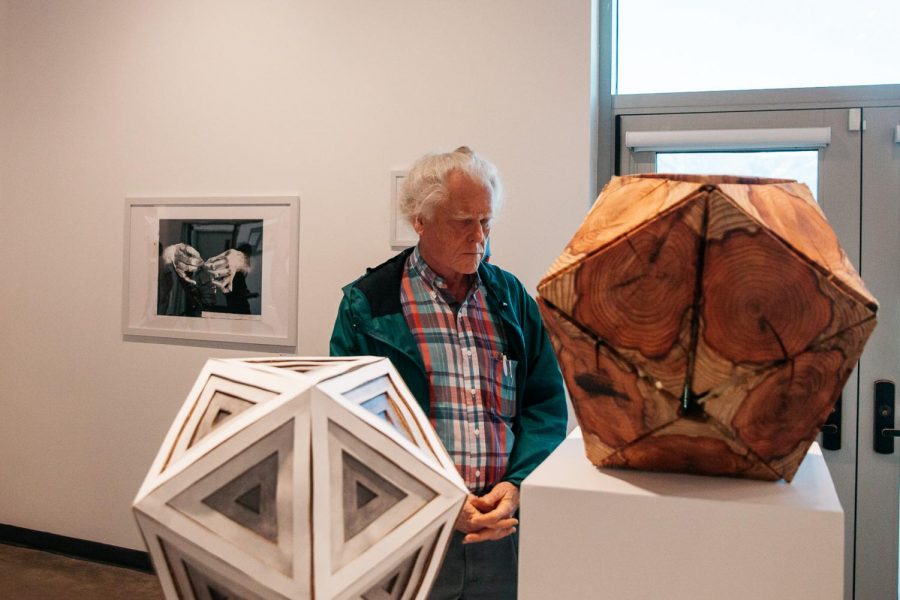 This semester the City College art department has displayed everything from paintings of the San Rafael Wilderness to an exhibit devoted to pop art for students and community members to enjoy.

Pop-up exhibitions curated by Atkinson Gallery interns, art collective panel discussions and a selection of scholarship winners made this semester a memorable one for the department.

The Oak Group visited City College in February to bring awareness to protecting the San Rafael Wilderness for their “In Wildness” panel led by Atkinson Gallery director Sarah Cunningham.

Right on time for the Wilderness’ 50th anniversary, the group of artists collaborated with Los Padres ForestWatch, a local non-profit dedicated to wildlife and water conservation efforts.

“I was asked by Los Padres ForestWatch if I would be a partner and of course we said yes,”  said Cunningham. “So that show was a little unusual for us because it was proposed by an outside partner.”

“We think the Oak Group is an important group of artists and we were really thrilled with that idea and we could simultaneously support Los Padres ForestWatch,” Cunningham said.

Earlier in April, Atkinson Gallery interns Sage Gaspar and Arianna Sanchez curated their own pop-up student exhibitions on campus. Sanchez’s gallery was held in the John Dunn Gourmet Dining Room and focused on non-objective art. Gaspar put together a gallery in the Communications Lab dedicated to the pop-art movement of the 1950s, popularized by artist Andy Warhol.

In Sanchez’s exhibition, twelve students were chosen to present work of different media including photographs, collography, and sculptures. The art stayed true to the meaning of non-objective art, simplistic and geometric.

Also interning at the Santa Barbara Museum of Contemporary Art, Gaspar successfully curated an inclusive exhibition featuring artists of all walks of life who submitted effervescent prints and paintings.

“Pop art is about appropriating objects or recognizable figures of pop culture and appropriating it to address an issue or make a commentary of pop culture of that time,” said Gaspar. “I wanted to engage in that dialogue specifically of how art can be used as pop art to react to social issues we here face here in SB.”

The art department wrapped up the semester with the Annual Student Exhibition held in the Atkinson Gallery. Students from numerous classes within the department were celebrated received accolades for their hard work.

Up to $10,700 in scholarships were given from various foundations at the reception. The gallery was unique, with physical media and traditional art occupying all corners of the modest gallery.

“We get to sort of learn how to get creative with how we’re gonna make the show all come together,” said Gaspar. “It’s very free for us to experiment how we want to curate the space and want to make it look.”

Next semester, the art department will continue to offer the high-level classes that they did this semester and will host new exhibits in the Atkinson Gallery.