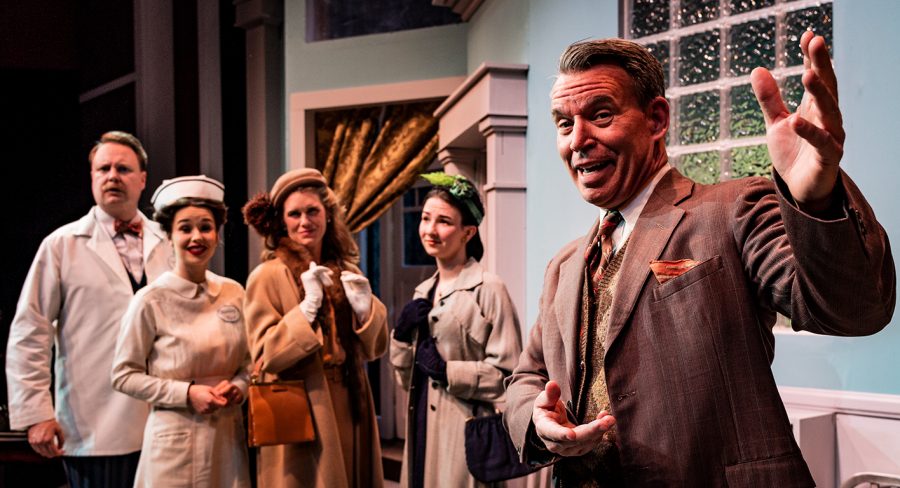 In a time when one in five American adults struggle with a mental illness, City College’s upcoming play “Harvey” sends the message that being different is okay, even if what makes us different is a friendship with an invisible white rabbit.

The play follows Elwood P. Dowd, a middle-aged man who believes that a six-foot-tall white rabbit named Harvey is his best friend. There’s just one problem— Elwood is the only one who can see him.

“Many characters in ‘Harvey’ express their anxiety about those who do not conform, whose eccentricities push the comfort of the conformers,” said Director Michael Gros. “They view life with a skewed sense of what defines good mental health and perhaps more importantly, social order.”

“Harvey,” written by Mary Chase, originally debuted on Broadway in 1944.

Gros called the timeless play a response to “a lot of the consternation that we are experiencing in our world right now,” despite it being over 70 years old.

Though Elwood holds tight to the fact that Harvey is real, his sister and those within his own world believe that Elwood is mentally ill and have him committed, but as the story continues, Harvey becomes more real to those who once doubted his existence.

The play is the Theatre Group’s first show of the semester and is a gentle story that depicts bold topics in a manner suitable for everyone.

“We were looking for a sweet, nostalgic play that appeals to all ages,” said Garvin Theatre Manager Pam Lasker.

The play initially ran for nearly four and a half years after its debut in 1944, tallying up 1,775 performances, and has clear name recognition.

City College’s iteration of the show consists of both students and community members.

The cast has been rehearsing six days a week in preparation for opening night on March 1 and is a mix of very experienced performers as well as thespians that Gros has never worked with before.

“The chemistry turned out to be fabulous,” he said.

“[The audience] becomes a partner in the presentation,” he said. “You are present in the creation of the moment.”

The play is a socially-relevant exploration into the mind of a man who has an unfailing belief in something that others have deemed invisible.