SBCC acting teacher holds both in and behind-the-scenes roles 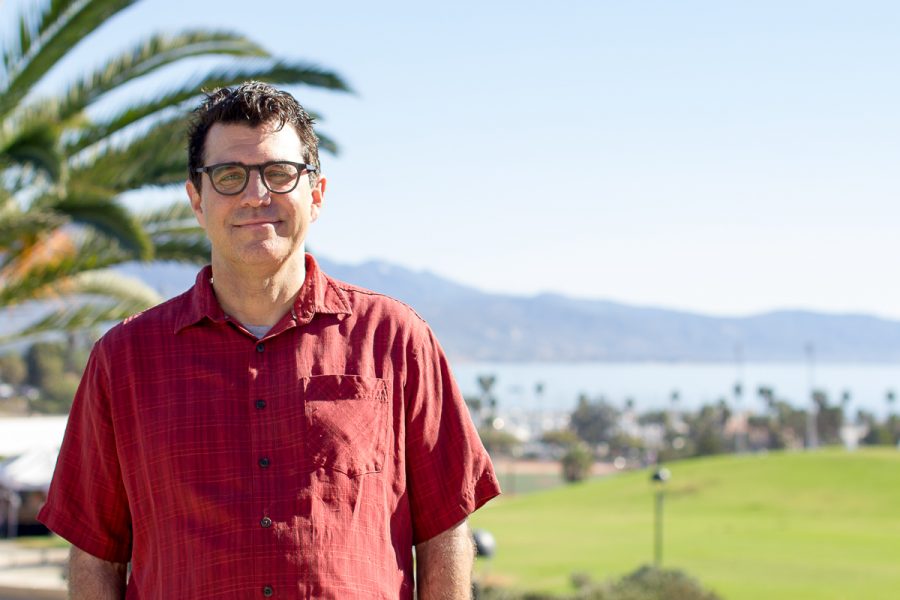 Michael Bernard, adjunct acting instructor in the theater department, Wednesday, Oct. 25, outside the Garvin Theatre. Bernard spent 10 years as the associate director of the 52nd Street Project in New York before moving California.

Instructor Michael Bernard holds experience in the entertainment industry that ranges from teaching, to starring in plays, to writing television shows and commercials.

Bernard has taught acting at City College for four years. His beginning acting class teaches students to communicate the ideas and emotions of a character to an audience and develop a strong foundation in basic acting techniques.

“I really enjoy the class,” said student Claire Walters. “The improvising keeps us active and it’s a lot of fun.”

The students do a lot of improvisation with each other which helps increase their creativity. They practice by improvising in front of the entire class.

“I want the students to understand, as an actor, how to make a choice of who the character is rather than being told by a director,” Bernard said.

Bernard first started acting at a young age, when his mother signed him up for acting classes. He said since then, acting has always been something he enjoys.

After studying theatre at the Boston University College of Fine Arts, Bernard applied his acting abilities to educating kids in theatre arts at the 52nd Street Project in New York as the Associate Artistic Director.

“Before moving to Santa Barbara, I spent a lot of time running the 52nd Street Project,” explained Bernard. “The Street Project was free for the public.”

Bernard spent 10 years at the organization that aims to bring young kids together through theatre, and improve the quality of life in the New York City neighborhood Hell’s Kitchen. There he did writing, directing, and performing in many original plays.

He also toured London and France while directing “Twelfth Night,” “A Midsummer Night’s Dream,”and “As You Like It.” Bernard has been able to travel to Macedonia and Albania while acting in various theatre festivals over the years.

After moving to California, Bernard started acting more in full-length plays. He recently took on the leading role as Francis Henshall in the comedy “One Man Two Guvnors” at City College.

Bernard has also played in Lit Moon Theatre Company’s production of “The Tempest”, and “In the Cherry Orchard,” performing them in different countries. A few other plays he starred in include “Stupid F*ing Bird” and “Or.”

“I do like theatre a lot more than film,” said Bernard. “Theatre and film are just very different.”

Although Bernard prefers staying in his element and sticking to theatre, he spent some time writing for the music channels MTV and VH1. He has also written various commercials before teaching at City College.

Disney, Nickelodeon, Henson Productions, and DC Comics are also on the list of production companies that Bernard has written for.

“I love acting because you get the opportunity to play someone other than yourself and tell a different story,” Bernard said. “Acting is really fun.”