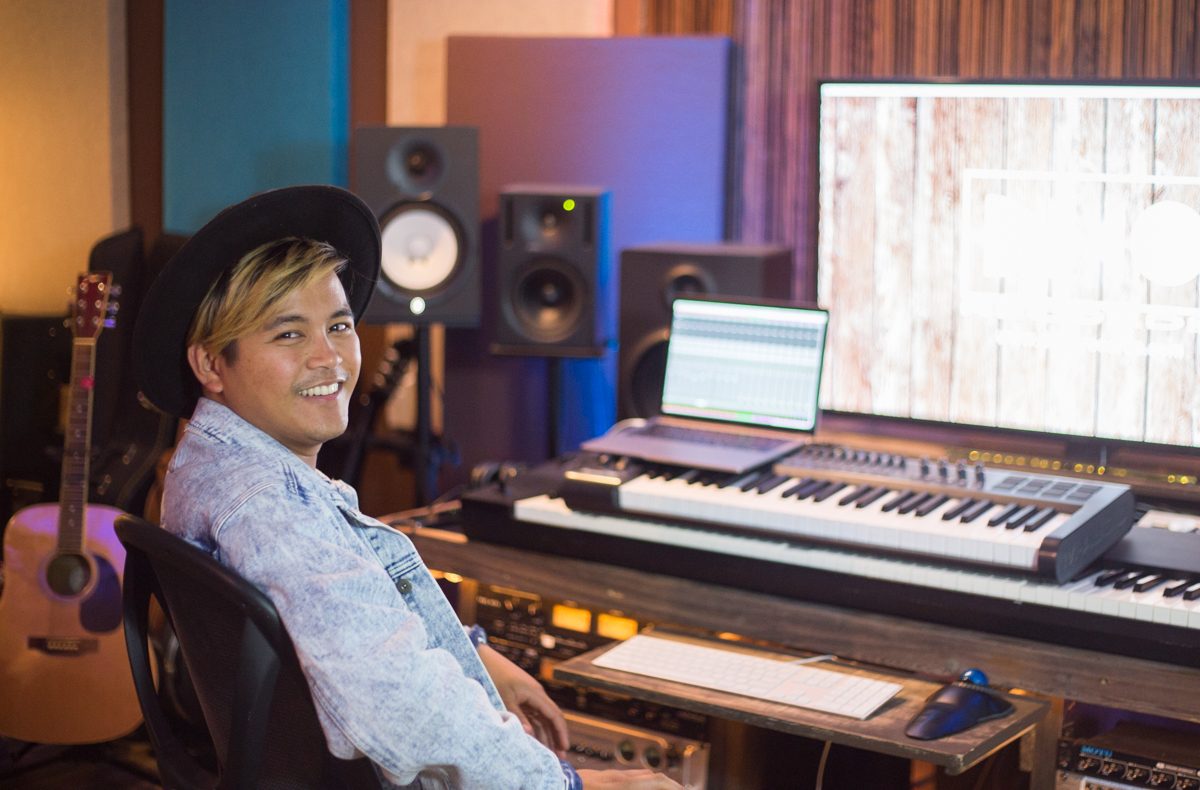 Joveth Jorquia puts the finishing touches on his new album in his music studio, DMXO Records. Joveth opened the studio in May of this year, sharing a building with his old teacher Dom Camardella, who taught at City College for 15 years.

“Music has always been inspiring people to be better and [to] do good,” Camardella said.

Camardella, a Grammy-nominated recording artist, owns the acclaimed Santa Barbara Sound Design, where he has worked with the likes of Radiohead, Beck, and Depeche Mode.

He he met his business partner and most devoted disciple in one of his classes during his employment at City College.

“I saw a lot of things in [Joveth],” Camardella said. “He is skilled, talented and is always working on his craft.”

“It seemed like a natural evolution to collaborate with Joveth and give him the second floor of the studio that I rarely used, and allow him to do it his way and be able to express himself as a musician and a sound engineer,” he added.

Jorquia and Camardella own separate studios but work together and operate in the same building at 33 W Haley.

“I never do anything for him, he is an independent artist. I just try to guide him from the experience I have,” said Camardella.

Jorquia is now working on his solo album “Nine Lives,” after he separated from the band Surprise Me!

However, the separation has not stopped him from collaborating with other young artists like the Nick Vaughan, who he is working with on a mini-album called “Waterfall”.

“I knew nothing about music production, but I had [written] a lot of songs that I wanted to make,” Vaughan said. “Joveth was my tutor for [the] sound recording class, and helped me by providing a platform to record and work with professional equipment.”

Dom and Joveth believe that their collaboration has already made a difference in the Santa Barbara music scene, as more artists like Vaughan are being encouraged to pursue their musical dreams.

“I like working with young artists and pushing them to the limits. I’m trying to be a mentor and inspire the youth. Music is about making a connection, so I try express myself through music and help others achieve that,” Jorquia said.

“I’m satisfied when I see people’s drive [..] we have to feed hungry artists and musicians,” he said. “I [want] to connect with people and artists locally and hopefully globally.”

In spite of the fact that Dom and Joveth belong to completely different backgrounds and generations, they both share the drive to stay contemporary and connected.

Camardella said that although he is an older musician, he has always been involved in contemporary music, and that his understanding of music is constantly evolving with time.

“This place is a music factory. We cover here everything from classic to pop to the most contemporary like electronic” said Camardella. “That is part of an artist’s responsibility to help people understand what it means to be alive today.”