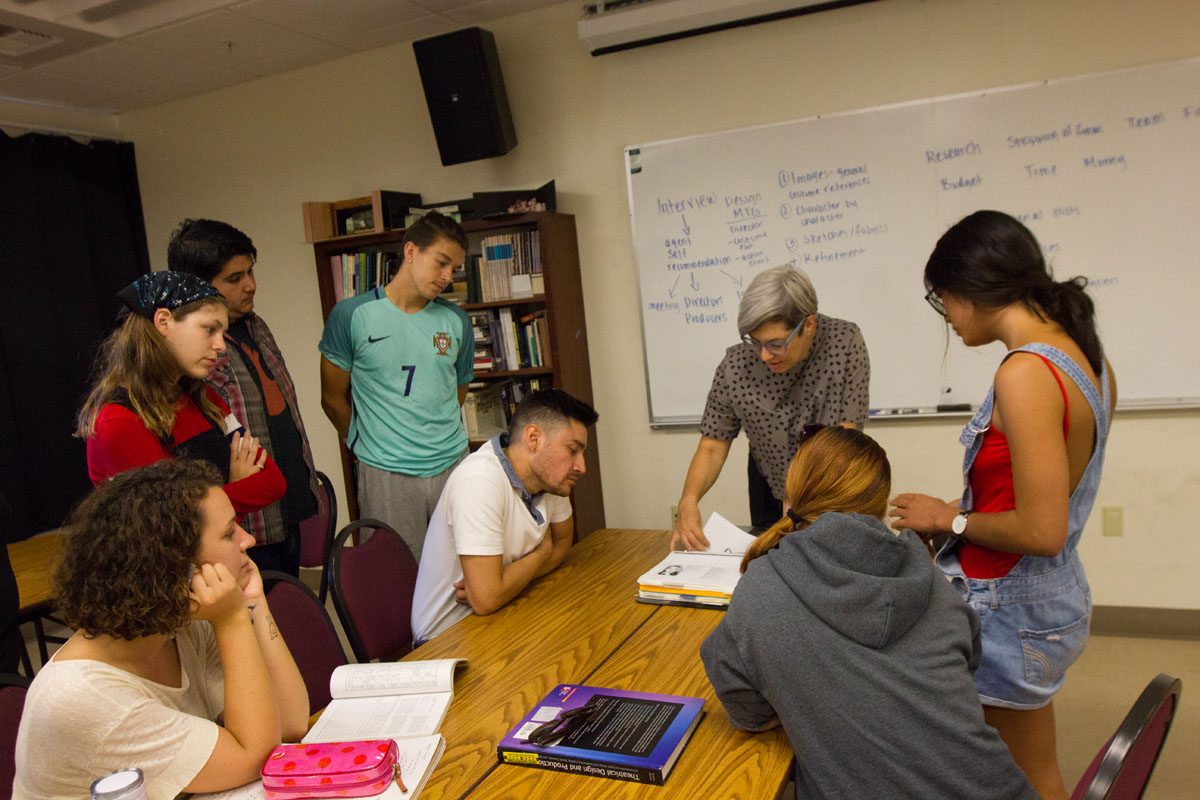 Instructor Camille Elam showing her students what a production book looks like and what it would contain Monday, Sept. 18, 2017 in Drama/Music Room 134 in City College in Santa Barbara, Calif. Students will design a whole play with images, references and sketches for a play called "Lion In Winter" and it is up to the students to interpret their ideas through drawings.

The City College costume design course emphasizes the importance of costume design in the entertainment industry—a role not traditionally recognized— and provides students with introductory skills.

“Costume design plays a big role in theater,” said Camille Elam, the course instructor. “Whatever is happening in our culture is reflected in our clothes. Costumes are vital for a character, and [they] help to magnify the script.”

Students learn about the history of costume design, dating back to the ancient Egyptian, Greek and Roman cultures. They carry on into the Middle Ages and end with the early Renaissance.

The class will view two plays: “One Man, two Guvnors,” by Richard Bean and “It’s a Wonderful Life,” by Tony Palermo.

Students will also draw their own costume designs for the 1968 play “Lion In Winter,” by Tony Palermo. The students are tasked with interpreting medieval culture, and then reflecting that into their designs.

“Costume design is a visual non-verbal way of expressing the director’s and playwright’s vision. Costume designers work very closely with actors to bring them to life,” said Elam.

Elam said she became curious about costume design towards the end of her undergrad studies at University of Washington. She said she then decided to attain her master’s degree in theatre design at Yale University.

“I wish this class was more than one day a week,” said Juan Garcia, a student in Elam’s class. “It’s a lot of fun. I have been doing costume design for a while. I designed costumes for Santa Barbara’s youth productions, film shoots, web series and cosplay.”