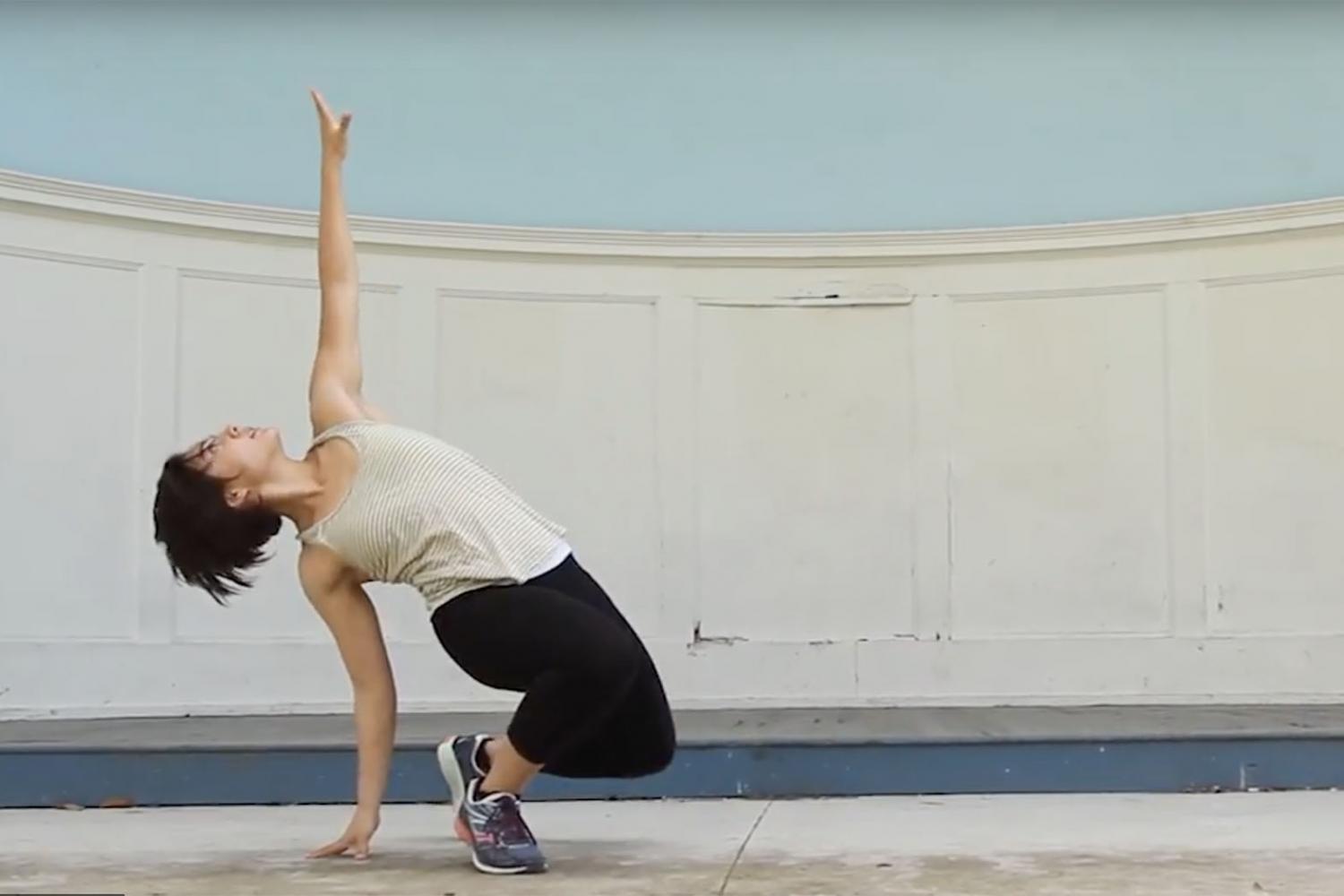 Mohrman, who is from San Jose, California, graduated from Chapman University in 2015 with a bachelor’s degree in dance and holistic health.

Feeling invisible in college, Mohrman said, “I’ve been the most visible at City College than I have ever been anywhere else in my life.”

She said that she has never traveled as much with a professional company as she does with SBCC Dance Company.

“[Artistic director] Tracy [Kofford] really spoils us in that sense,” she said. “He’s given us a lot of opportunity.”

Mohrman’s parents put her into dancing at age three and she became serious about it in the beginning of her high school career.

It wasn’t until her senior year of high school that she decided she wanted to pursue a career in dance. Mohrmon came from an academically-competitive private school where she said most students went on to be doctors, so no one took her seriously as a dancer.

“I wouldn’t still be dancing if it weren’t for the company,” Mohrman said.

On top of being a dancer, Mohrman choreographed a contemporary piece for SBCC Dance Company titled “Let’s Talk About Pain.”

“Pain is something I’m really interested in and is something I work with in my daily life with myself and with my clients,” she said.

After college, she said that she thought she would never choreograph again.

“I figured I was done and that I didn’t have anything left to say really as a choreographer,” Mohrman said. “I had more interest in being a dancer and an artist and interpreting somebody else’s choreography, not doing it myself.”

For the piece, Mohrman chose people who would work collaboratively with her to come up with ideas and create a unique performance.

The piece was personal to each student as they danced over their own voice recordings, sharing their own relationships with pain in solo routines.

Camara Byrd, a student and dancer with SBCC Dance Company, was one of the soloists to collaborate with Mohrman on this piece.

“It was a cool opportunity,” Byrd said in a phone interview. “I’m thankful she picked me for the piece.”

After dancing and working with her, Byrd shared that Mohrman is a “great dancer, choreographer, and friend.”

Mohrman said that once she came to City College, she began to get a lot of attention as a dancer and noticed it transform her dancing. She reflected on this with the students she worked with when choreographing her piece.

Mohrman said that she knew there was a good possibility that these dancers may never have a solo or be featured again.

“I saw how much power being seen had on me and how much it changed my dancing,” she said. “I wanted to give them some of that too.”