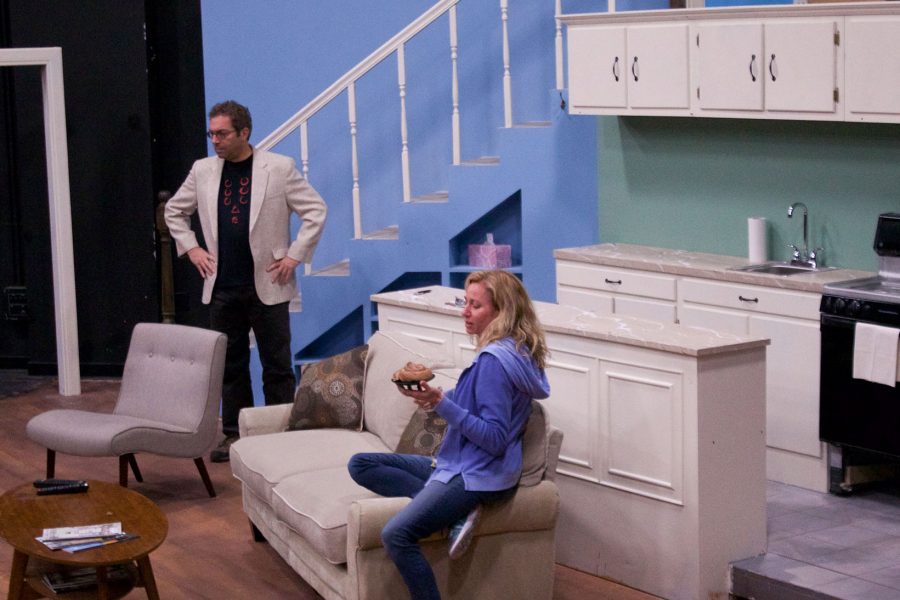 The Theatre Group will be closing up its 2016-17 season with the intense and emotional play “Rabbit Hole” written by David Lindsay-Abaire from April 12 to 29 in the Jurkowitz Theatre.

Lindsay-Abaire, an American playwright, lyricist and screenwriter, is best known for his writing contributions to the movies “Robots,” “Oz the Great and Powerful” and “Rise of the Guardians.”

The play is directed by Katie Laris, associate theatre arts professor, stage director and acting instructor. She has produced over 20 plays and directed two other plays in New York and Portland, Oregon. She has also produced and written programs for television channels such as Animal Planet, Discovery Health Channel and Public Broadcasting Service.

“We did a lot of work just on a physical level,” Laris said in regards to preparation of the play. “We tried to capture the subtext, which is the inner feelings of the characters that the words aren’t quite expressing.”

The Pulitzer Prize-winning play is based around the tragic death of 4-year-old Danny, the son of Becca Corbett, portrayed by Leslie Gangl Howe, and Howie Corbett, portrayed by Paul Canter. The family of four, which includes Becca’s sister and mother, is then forced to deal with its crumbling family dynamic, potential betrayal and an unexpected pregnancy as the family attempts to cope with its loss.

“[The play] is real life,” Howe said. “We’ve all had losses in our lives, some are more intense than others, and it’s about just trying to be normal.”

“I always feel like the best inspiration for me is coming from the other actors,” Canter said. “And these actors give a ton.”

Performances of “Rabbit Hole” will began with two preview nights on Wednesday, April 12, and Thursday, April 13, at 7:30 p.m. Performances will continue from April 14 to 29.

Performances will be at 7:30 p.m. Wednesday through Saturday, with 2 p.m. matinees Saturday and Sunday. The matinee at 2 p.m. Saturday, April 5, will be live-captioned for the hearing-impaired.

The play runs for over two hours with a brief 10-minute intermission.

Tickets can be purchased at the Garvin Theatre Box office, online at www.theatregroupsbcc.com or by contacting (805)965-5935.

The Jurkowitz Theatre is located at 721 Cliff Drive on West Campus. Due to the small and intimate size of the theatre, which only seats 100, late seating is not permitted.

For more information, contact the Garvin Theatre Box Office at (805)965-5935 or visit the Theatre Group’s website at www.theatregroupsbcc.com.