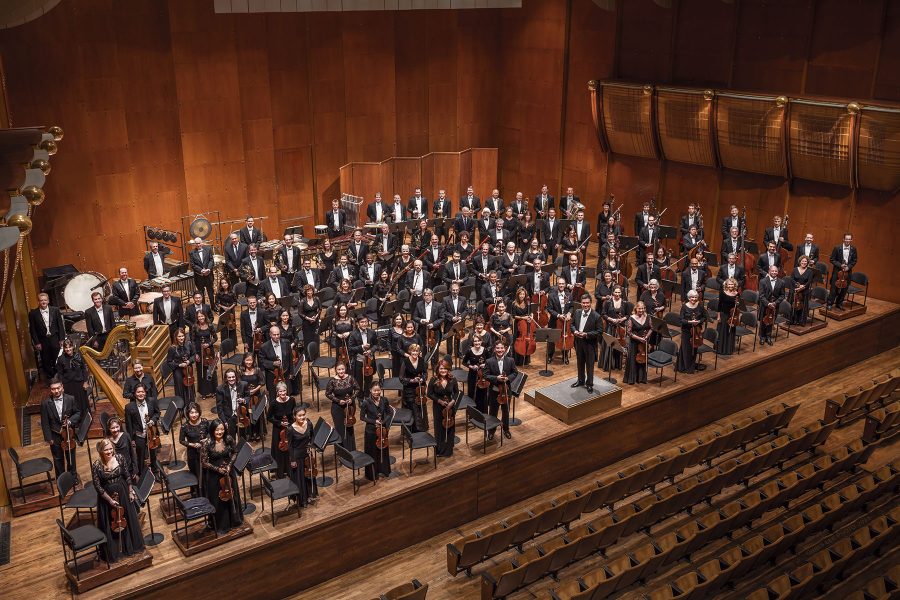 The New York Philharmonic orchestra will be performing for up to 10,000 people at La Playa Stadium on Monday, July 31 marking the largest performance the Music Academy of the West has put on.

The event is a collaboration between City College, the SBCC Foundation, the Music Academy of the West, and the City of Santa Barbara.

The Music Academy of the West is among the most distinguished summer schools for young classically-trained musicians.

The academy established a four-year partnership with New York Philharmonic in 2014, providing the Music Academy’s alumni with performance opportunities with the symphony.

“13 members of the New York Philharmonic are alumni of the Music Academy of the West,” Papakhian said. “Two Music Academy alumni opera stars will sing as guests during the concert,”

James Mooy, associate professor of music, said hosting the event at La Playa Stadium is bold, due to uncontrollable factors such as weather.

“As someone who was born and raised in Santa Barbara I can tell you that our summer evenings are not always warm, dry, and calm,” Mooy said.

The performance is expected to fill the entire stadium, and will be followed by a fireworks show over the Pacific.

“It’s a beautiful venue, and a really special and unique opportunity,” communications director Luz Reyes-Martin said. “We are thrilled as a college to be able to host them.”

New York Philharmonic, a New York based symphony orchestra founded in 1842, is considered one of the leading orchestras in the U.S. In 2010 the symphony gave its world record setting 15,000th performance.

The world renowned symphony will be performing Beethoven’s Ode to Joy, among many classics. This performance will be part of Alan Gilbert’s farewell season as the New York Philharmonic music director.

City College, the SBCC Foundation and the City of Santa Barbara are making a collaborative effort to make the experience accessible to everyone, Reyes-Martin said.

“All of the partners involved in this are committed to community access,” she said. “For people that have never been able to come and experience something like this it should be really amazing.”

City College students, faculty and staff will receive one free ticket, and additional tickets will be $10. Children ages 7 to 17 will be able to attend the concert for free.

Tickets go on sale Saturday, May 6, 2017, at 10 a.m. They can be purchased online through the Music Academy’s website, and are also available in person and by telephone at the Music Academy’s ticket office at 1070 Fairway Rd, Santa Barbara, CA 93108.

Reyes-Martin said she recommends reserving tickets in advance. “We anticipate that it will sell out,” she said.