SBCC student recital filled with songs of love and heartbreak 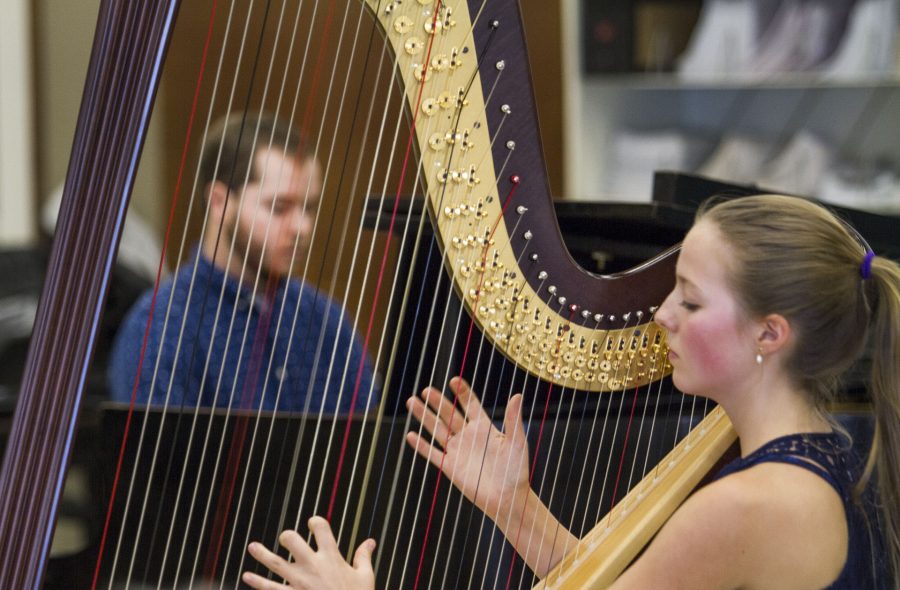 The SBCC Salon kicked off Friday afternoon with several dozens of people jammed like a bunch of sardines in the Drama-Music Building Room 101.

The biannual recital event, showcased a group of performers who were allowed one song, whether it was instrumental or an entire song. One after another, 15 different performances went on, most impressive while others were questionable.

The salon contained some classical pieces, and a rock piece. All performers had to send in a video clip in of their songs as an audition and whoever made the cut was in the show.

Grant Apicella performed his original song, “Leaves” and Mio Mukaide sang lead. It was a well written piece about seasons and people changing, but was ruined with off-vocals. Mukaide was unable to disguise her thick accent, so syncing vocals with Grant didn’t work well.

A few people along with Grant decided to sing and play their instruments such as the guitar and piano, but for whatever reason, decided not to sing with a mic, which caused their voices to be completely overshadowed and often unheard.

On the other hand, Swedish Student Vanja Moeller sang a fascinating cover of “New York State of Mind” by Billy Joel. With Michael Martel on the Piano, she was able to shine. She was able to top the original song with her bold performance.

Before singing she mentioned how happy she was to be in America, and with the passion in her voice and her eyes it was easy to tell– throughout the salon, her grace and power was unmatched.

Love and heartbreak seemed to be the theme for most students, but no one was able to succeed like Elliot Fuerst.

Fuerst’s original piece, “The Way She Does,” was outstanding. With a minute-long guitar solo in the beginning of the song, there were question marks dangling above our head when he started singing.

The crowd had nothing but wide-eyes and big grins, his voice blended so smoothly with the relaxed tunes of his guitar. His voice was a blend between Ed Sheeran and John Mayer when he song about never being able to love another after ‘her.’

The last group to perform in the afternoon was a group of nine friends. They sang their lead singer Brandon Kinalele’s song “Blindfold.”

With every instrument under the sun being played, they were able to close out the event with great vibes for everyone to take home.

Written as a song for songwriters to relate to, or something to listen to when you’re having one of those days that you can’t write. Mike Monary’s rap verse in the middle of the song describes the struggle of the thought process that many may go through, with the lyrics, “searching for justification that my music can reflect my imagination.”