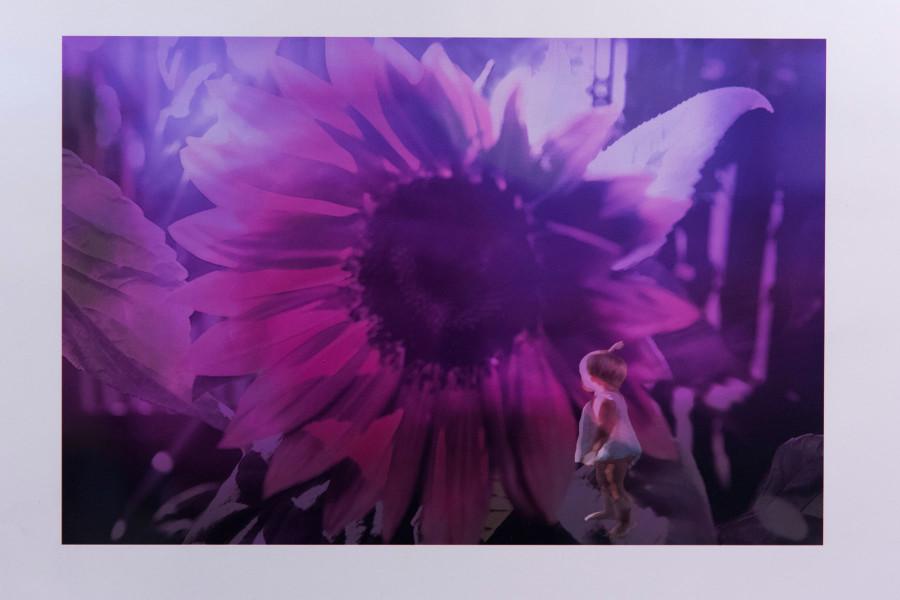 Nestled in the John Dunn Gourmet Dining Room, the first student art gallery of the semester is now open, featuring City College student-works that capture the gallery’s theme of dreams and unconsciousness.

The gallery, titled “A Priori,” runs from Nov. 11 through Dec. 4. City College student and Atkinson art gallery intern Alessandra Bortolazzo is the curator.

The gallery features sculptures, paintings and drawings that were submitted by City College students. Bortolazzo sent out a request to all students for pieces in late September that fit her theme of dreams and the unconsciousness.

“I thought it was general yet specific enough where people could find it interesting,” she said.

After she received submissions, she then had to select which pieces were accepted.

“I just looked for an assortment of pieces that I liked,” she said. “Also, pieces that fit well together with the other pieces and that fit the theme.”

Art history major Lia DeWitt’s work was selected, titled, “Shedding Pt. 2,” in which she morphed chicken wire into the shape of Africa and fastened shreds of old clothes to it.

The art was originally for her intermediate sculpture class that she took last semester.

The idea came to her one morning as she procrastinated on starting the project.

“I was thinking of all the stuff I had to do in my house, and was going through the list in my head,” she said. “One of the things was: pile up all these old clothes and get rid of them, but I just thought why don’t I just cut them up? So I did.”

At the time DeWitt was reading Dambisa Moyo’s book “Dead Aid: Why Aid Is Not Working And There Is A Better Way To Africa,” which examines the aid going toward developing African nations and its negative impact.

“I wanted to sort of touch on American consumerism and how much clothes we actually buy,” she said. “I just wanted to cut them up. It was really a freeing experience, it was like shedding a layer.”

After receiving unexpected positive feedback during a critique for her sculpture class last spring, she came across the call for submissions and decided to submit it.

According to DeWitt, the African shape of the chicken wire was a somewhat random act. She had difficulty trying to shape the wire in the way she wanted due to its thickness.

“The shape kind of just happened, I just worked with it for a bit until I had a full shape” she said. “It looked similar to the shape of Africa and I liked it.”

DeWitt gets some of her inspiration from Ghanaian sculptor El Anatsui, who is famous for his pieces involving simple reusable materials such as bottle caps, cans and different metals.

“I wanted to make something people can touch,” she said. “I go to a lot of festivals and I love the interactional art pieces that get featured there.”

According to DeWitt, there was a “Shedding Pt. 1” where she took an old dresser of hers and sawed it in half.

“After I turned it in for class, I just tossed it in the dumpster,” she said. “But then I guess one of my friends rescued it and now there’s a table wedged between it. It’s kind of nice to see it being reused.”