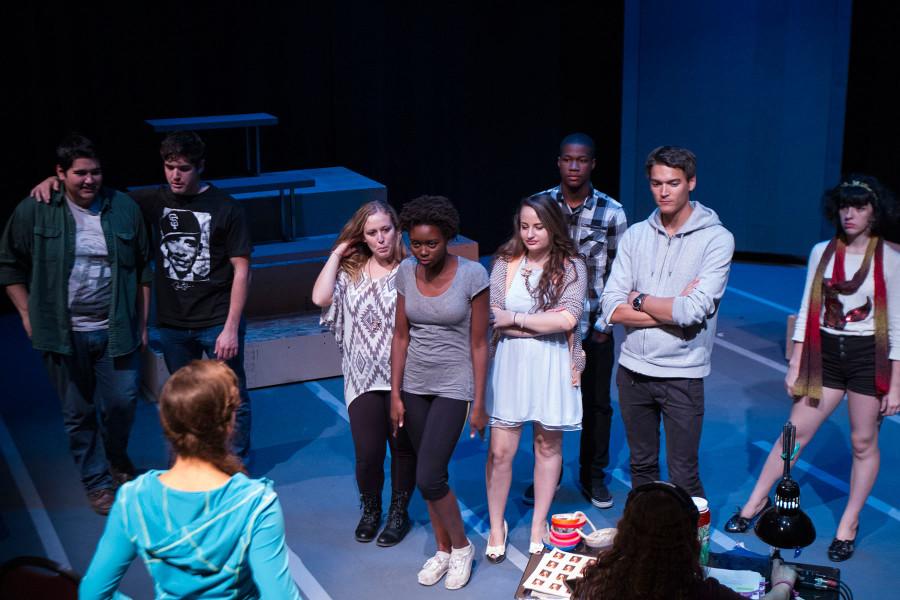 A young girl named Chloe searches for answers after she discovers she may be the victim of a sex crime in the upcoming play “Good Kids,” set to premiere Nov. 12 in the Jurkowitz Theatre.

The play is set in a high school in the Midwest and director Katie Laris has cast only City College students to play in the production.

The play, set in modern time, is closely based on the true events of a young girl in Ohio who was too intoxicated and became a victim of a sexual assault about two years ago. The boys recorded the assault and posted the video on YouTube.

“Good Kids” explores the very public aftermath of a sex-crime and how the students involved try and cover it up.

“I’ve never had to play a character like this and I really want to do it justice,” said City College student Selina Murdy, who is playing the main character Chloe.

Chloe was very intoxicated the night of the incident. She hardly remembers what happened and finds herself shamed by many students at her high school for the actions that took place. With many of her peers initially accusing her of “asking for it” and saying that she wanted this to happen, a part of Chloe doesn’t want to know what actually happened that evening and wishes it would all just go away.

Murdy says that because this play is based on a true story, it makes it much more emotional.

All of the students casted in the play had the opportunity to meet to the Santa Barbara Rape Crisis in order to grasp the mature content and the seriousness of this production.

Some cast members were able to view the actual YouTube video that the offenders posted of the assault taking place, making this sensitive subject even more eye opening for the actors.

Samantha Demangate, who has been in previous school productions, says acting in the play became more difficult after seeing the video.

“This play really touches on rape culture and how the public perceives it,” said Demangate. “Everyone has their own beliefs and you see the evolution within each character throughout the play.”

In a world of social media and smart phones, rumors spread like wildfire and the truth is hard to come by. Especially when so many people are hesitant to accept it.

The question of whether Chloe was raped or not is a frequent reminder of the terrifying rape culture that persists in our society.

Audience members who attend the play will experience the emotional reality of how people can manipulate rape stories and shame the victim instead of the person who committed the crime.

Ticket prices for “Good Kids” are $18 for general admission, $15 for staff and $10 for City College students. For more information regarding tickets or the play, visit their website.