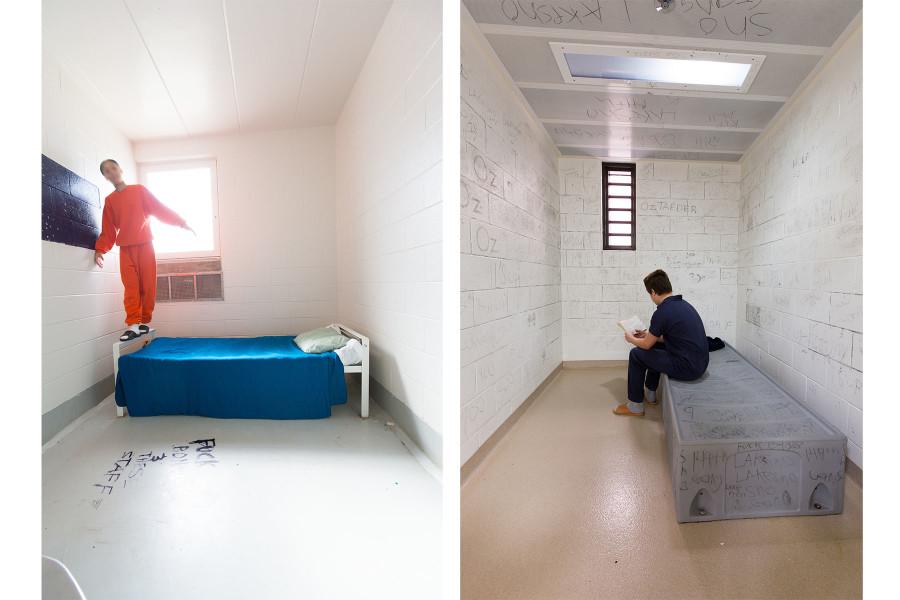 Photos from the upcoming exhibit ‘Isolated’

City College’s Atkinson Gallery is premiering its fall exhibit, “Isolated,” about the inhuman use of solitary confinement within juvenile detentions on Sept. 25.

The artist, Richard Ross, is local to Santa Barbara and is a photography professor at UCSB. He has created this controversial exhibit to expose what happens within the walls of the juvenile justice system, while highlighting the juvenile’s experiences during their stay in solitary confinement.

The gallery will display a photo exhibit that shows not only the many solitary confinements throughout the United States, but also of the juveniles within their cells.

Ross has incorporated a replica of a solitary confinement cell that will be located in the center of the gallery. The artist created an interactive experience by providing voice recordings of the juveniles discussing their intimate life stories.

This loop of interviews is played within the cell enabling the viewers to sit inside of the replicated space and listen to the young adolescents give a first hand experience of what it’s like to be within confined walls.

Since the gallery is only featuring one exhibit this semester due to budget cuts, gallery director Sarah Cunningham had a long process to go through in order to pick the exhibit.

“First of all, I take a long view of the gallery’s schedule and try to consider the range of media and themes over a 2-3 year period. Knowing we would only host a single show this fall, I felt it was important to select an exhibit that would feature a really strong artist whose work would encourage and allow an extended conversation about a topic with far reaching interest both on and off campus,” said Cunningham.

“Richard emerged quickly as an obvious choice. He is an amazing, internationally recognized, local artist using his art to make a difference nationally. We are very lucky he said yes.”

This exhibit is controversial being that the focus is whether or not solitary confinement is effective, necessary, or even humane to use as a form of punishment, especially towards young adolescents.

Cunningham was not worried about displaying this controversial exhibit.

“Art’s purpose in society is to prompt discussion and critical reflection—sometimes about really difficult subjects, like the impact of solitary confinement on children,” said Cunningham. “Of course, as an explicitly activist artist, Richard hopes to change both minds and policy. However, it’s OK if people come to the gallery and disagree with his position; the conversation is the most important thing.”

The opening event will be held from 4 p.m. to 6 p.m. and the exhibit will be on display until Dec. 2.