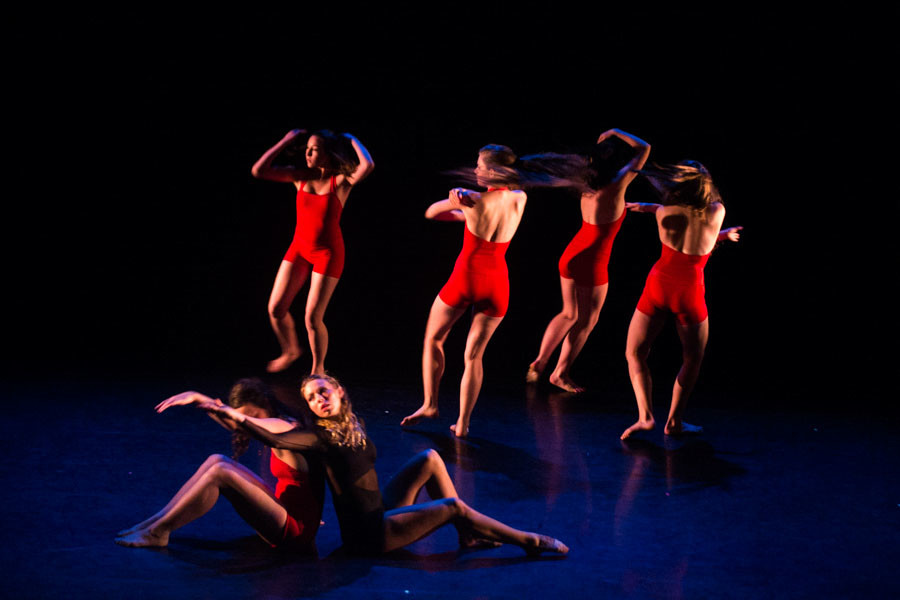 The City College dance students will come together with neighboring companies to perform a variety of pieces choreographed by a variety of instructors, from locals to international guests.

Dance professor Tracy Kofford, is in his fourth year at City College and has put on the Collective in each of its years. Kofford explained that the production for the event started a week before this Spring semester was in session and has not slowed down since.

According to Kofford there were over 60 students that auditioned this year and that was cut down to 40. Out of the 17 pieces featured this year 14 of them will be performed by City College Students, all choreographed by someone new.

After the first week of practices every day for almost the entire day, the dancers have been rehearsing four times a week for four to five hours a session.

Kofford is also choreographing a piece in this years’ Collective. He is “doing a piece that he once performed while dancing at UCSB titled “Necessary Losses” which is about the casualties of war. It is fast, loud and a little scary but exciting,” he said. “He can’t wait to see his students perform it.”

The pieces that are going to be performed feature many different types of dance. Other art departments have put a hand in the Collective as well. There is a solo that uses a fifty-foot fabric prop that the Theatre Department helped put together.

Dannah Bella, this years out of state choreographer worked with the dancers for a week straight with practices being seven to eight hours. Bella grew up in the Ventura area and danced with Kofford during her undergrad at UCSB. She wanted to give something back to where she came from she said, her piece hopefully will show that.

Kofford said that the students have been trying to fundraise for the event all semester. Their sales from tickets, posters and tshirts are all used to not only help put on the event but also for the whole department. “ [The goal] is to not have any student have to pay out of their pocket to dance,” Kofford said.

The Collective will have two night shows starting at 7:30 p.m., on Friday, April 17, and Saturday, April 18, as well as a Saturday matinee starting at 2 p.m.

Tickets are $20 if bought in advance and will be also available for $25 at the door. Center Stage Theater is located at 751 Paseo Nuevo in Santa Barbara.