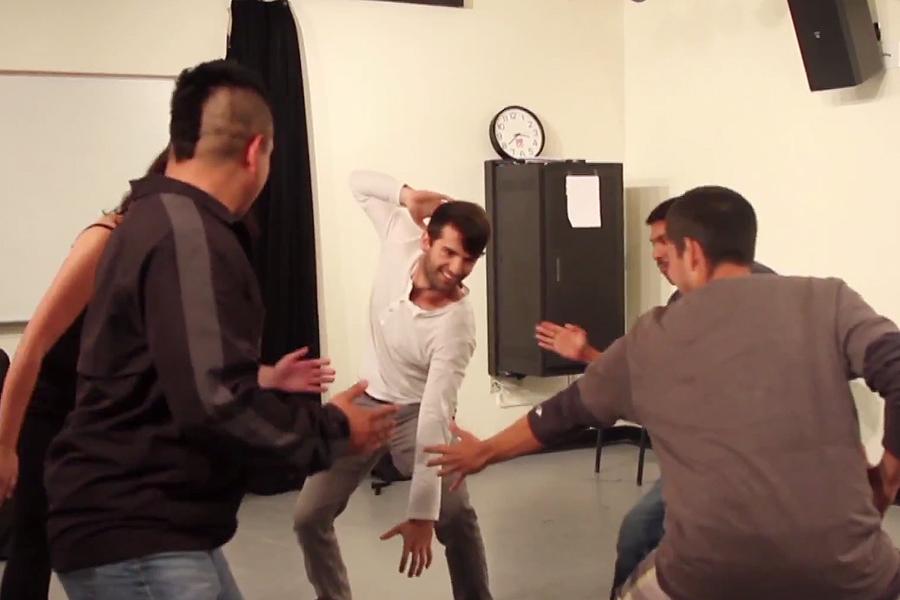 Monologues, improve sketches and stand-up routines are what City College’s performance arts club is all about.

Joe Sacks, the club’s president has taken all of the acting classes the school has to offer. The members of the club describe him as a leader that is “always willing to help” and as “a compassionate guy.”

“I kind of took the reins and in a way crowned myself the president of this club,” said Sacks. “I really wanted to use my knowledge and everything I learned these past four years to really give the club more structure.”

The performance art club is the only club available for students that are interested in joining the entertainment industry. The club offers students a chance to present and polish their work, whether it’s a small stand-up routine or a Shakespeare monologue.

“They can do everything, they can read poetry if they like, dance or sing. It’s all about learning from each other and working together,” said the club’s coordinator Ricardo Romero.

The club already performed an open mic night this fall at City College and plan to host another one soon. Although the first gathering only drew in four people, the students didn’t let that discourage them from performing. The show must go on.

The next open mic night will be on December 3 inside City College’s Humanities building. The event will be co-hosted with Double H dance group, who will perform a 15-minute routine. Student Stefano Russell who participated in the last open mic thinks that it’s a great opportunity to work on you stage fright.

“You can do monologues scenes, stage comedy, singing or in general perform whatever you want to,” said Russell.

The club meets Mondays at 3:15 p.m. on West Campus and usually they start off with some warm-up exercises that consist of improve sketches before each member presents any material that they are currently working on.

Sacks has learned that “more activities rather than meeting” is one key ingredient to attract more students to join the club.

The club’s Facebook page has over 211 members, however Sacks confesses that for their weekly meetings only six to twelve people show up. He explains that most of the students have classes or work during Monday afternoon but he has learned that it’s all about the activities, such as open mic night and student plays that matter.

Sacks feels strongly that the students at City College should have the right to experience what feels to be on stage performing in front of an audience.

“These gals and guys have talent. The people who perform at the official department shows, they shouldn’t be the only ones that are on stage,” said Sacks. “It’s my duty to get them that chance.”