Local songwriter gives back with his love of music and performing 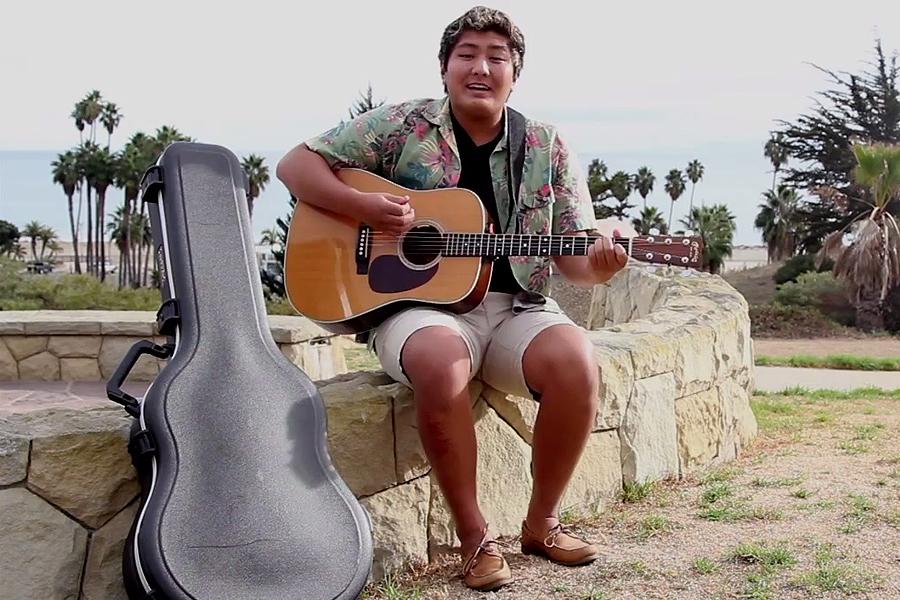 The lights are illuminating the stage of the Staples Center as he watches Bruno Mars entrance the crowd with his performance. He can’t believe his eyes, leaving him with ringing ears and the feeling of pure inspiration.

The 18-year-old Santa Barbara native and City College student, Jason Paras began his musical endeavors at the age of seven without really knowing it.

It all started with the basics, his dad taught him guitar and from there came the passion for songwriting.

“I was just messing around and I could naturally harmonize, I just started writing songs and I didn’t even know what songwriting was,” said Paras. “So, my parents were like ‘hmm he should try singing’ I had no idea it was abnormal to song write.”

City College is looming with talented musicians and mentors that are encouraging students to take their music careers to the next level.

“I wanted to come here (City College) because it’s in town where I grew up and it has an incredible music program,” said Paras. “Being in Monday Madness is such a blessing, everyone in that room is either a professional or was a professional musician so it’s so cool to work with them.”

As a very community-driven musician he uses his talents to an advantage and produced a show this past June at the nightclub Velvet Jones— in Santa Barbara to bring together bands to help children in Honduras who don’t have all the necessities they need.

The benefit concert was a success and ended up saving 100 lives in Honduras by supplying them with fresh water for a lifetime.

“Sometimes when you play a song about a breakup, you think ‘man I really hope this helps someone in the crowd,’ because people feel alone so often. But with this it was like you didn’t have to really hope that there might be someone out there, we have evidence that we saved people’s lives with our music,” Paras said.

“He’s a talented guy who will make it one day. He’s a truly great entertainer who enjoys performing. His talent has brought him to where he is today,” said lead singer in the City College originated band, “Surprise Me,”  Joveth Jorquia.

With his upcoming success Paras has already performed at venues around town, such as the Granada Theatre and the Santa Barbara Bowl, as well as two performances at hotels in Hawaii.

“It’s like a crazy blessing, cause there are thousands of people cheering for you, but at the same time it’s kind of just a way to see the possible future for myself.”

Before he wanted to become a professional musician, Paras had some other ideas in mind. With both his parents support, he either wanted to be a professional chess player or an expert water polo athlete. Surprisingly he was already qualified for both.

The Dos Pueblos High School graduate not only played water polo all throughout high school, but also traveled the states competing in chess.

Just like his musical idols, John Mayer and Bruno Mars, he hopes to touch lives through his music. Eager to have people at the Staple Center to see him and leave with the same feeling that Bruno Mars left him with— inspiration and a bit of intimidation.

“Hopefully one day I’ll be able to play those stages and those people come because they feel something when they listen to my music,” Paras said.

The band will be playing in front of the Christmas tree in Paseo Nuevo on the evening of December 4.