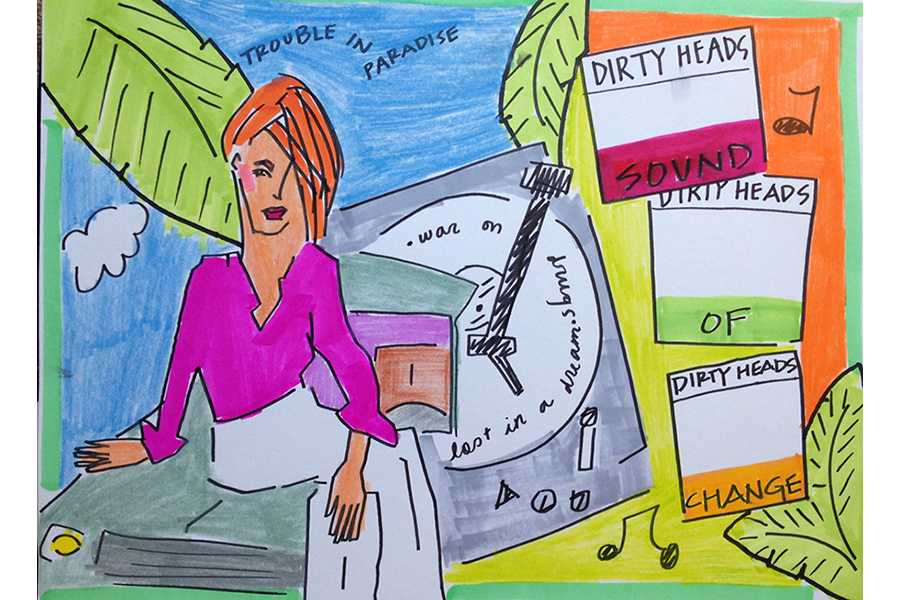 La Roux’s second LP “Trouble in Paradise” takes you to an electro-disco world of the 1980s mixed with funky reggae inspired guitar riffs. This long awaited album falls short of its high expectations after five years in the making. Elly Jackson, who now continues with La Roux as a solo project after Ben Langmaid left due to artistic differences, shows off her vocal talent more in this album than ever before. Her voice is loose and relaxed, which in result makes the songs more liberating and persuasive, almost as if David Bowie and Blondie had made “baby songs” together.

Two of the most memorable songs from the album “Uptight Downtown” and “Cruel Sexuality,” are the beating heart of La Roux. However, many choruses from songs like “Sexotheque” and “Kiss and Tell” can quickly stick to your head, unfortunately they can also be quickly forgotten.

The War on Drugs – “Lost in the Dream”

The Philadelphia alternative rock band is lost in a dream of heartbreak, loneliness and pain. Perhaps lost is the keyword in this album. Their new songs are a combination of poetic yet short lyrics with long instrumental solos. The beautiful guitar solo from “Suffering” will wail you into a dreamful and pensive state. Tracks from the album are reminiscent of Bruce Springsteen’s “Streets of Philadelphia” and Radiohead’s “Karma Police,” bringing a lot of authentic emotions into the music.

After finishing the album, it was apparent that The War on Drugs drew inspiration from Springsteen’s “The Boss,” as most of the songs are about romance and the broken American dream. “Wide awake, I rearrange the way I listen in the dark. Dreaming of starting up again,” are the honest words sung in “Burning,” a heartfelt song that emphasizes on the emptiness one might feel after a break up with the yearning.  Overall, the songs urge you to buy an old Mustang car, drive through California’s famous highways with the wind in your hair and reflect on the ups and downs of life. Unfortunately for me I don’t have a driver’s license.

This reggae rapping quintet’s new album “Sound of Change” is the band’s fourth studio album, standing out from the Huntington Beach based band’s previous albums. The songs have less reggae influence; more of a rock vibe, and with hard hitting beats, making you pay more attention to the well-written lyrics of the songs. Unlike most famous rapping groups, this band has more to say than just sex, drugs and partying. “Sound of Change” is a melodic anthem that talks about the change you want to see yourself in.

The band manages to also impress listeners with their vocal diversity. Delivering heavy rap verses with some high notes during the chorus on songs like “My Sweet Summer” and “Hear You Coming.” The album features some of the top producers and songwriters in industry today. These include Grammy award-winning record producer, Suppa Dups and guitarist and vocal talent Rome Ramirez who had previously co-written the song “Lay Me Down” with The Dirty Heads. Even front man of the Latin-American hip-hop band, Cypress Hill, can be heard rapping on “Franco Eyed.”  Dirty Heads continues to grow and successfully experiment rapping with different styles of music.