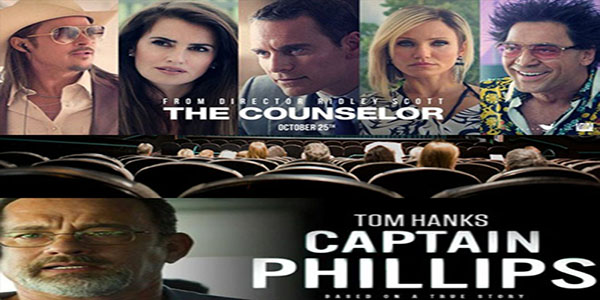 Starring Cameron Diaz, Michael Fassbender, Penélope Cruz, Javier Bardem and Brad Pitt, “The Counselor” is a movie that doesn’t shy away when it comes to sex and violence. It attempts to confront viewers with blunt, uncomfortable, straightforward portrayals of the darkest parts of human greed and sexuality.

Making his screenwriting debut, McCarthy combines his characteristic satire and dark humor with Scott to produce a horrifying scenario.

The movie highlights the kind of animal viciousness that dominates the dangerous land along the Texas-Mexico border, bringing to life the type of people who strive in the environment.

The film portrays a set of two very different couples and their involvement with a shipment of cocaine from Mexico. Your typical drug deal plot. When the “counselor” agrees to bail his client’s son out of jail for a speeding charge, he unknowingly sets into motion a chain of events that threatens not only his life, but also his lover’s.

It started off promising but eventually becomes a big bore once you realize that every scene is completely predictable and disconnected.

If it weren’t for Cameron Diaz’s roll I would have lost interest completely. She steals the show as a sleazy, manipulative temptress. Throw in a couple of gruesome, poorly thought-out, beheadings and that pretty much sums it up.

Captain Phillips is a film I’d recommend to all who enjoy realistic drama and non-stop sequences of unexpected events.

The film is based on the true story of the 2009 Somali pirate hijacking of a cargo ship near the Somali coast, captained by Richard Phillips. Somali pirates, who are a known reality to all mariners off of the coast of Somalia, ruthlessly raid ships using high-powered weapons and small motorboats.

The film is a captivating depiction of the hell faced by the crewmembers along with the pressure the Somali pirates face in order to survive in a country that provides little resources or opportunities.

For the duration of the film you are constantly rooting for Phillips as he uses wit and courage to overcome death.

The incredible decisions made by Phillips and the Somali pirates keep tensions high in the theatre.  There are moments of extreme pressure that flows through all that witness the heroism in the face of aversion.

The cinematography is very effective. All angles and shots place you right in mix. There are a few moments where you feel as if you have escaped from the clutches of the Somali pirates.

The events are so unbelievable that it seems scripted, yet the truth takes the audience for a ride down the dark path of pirating.