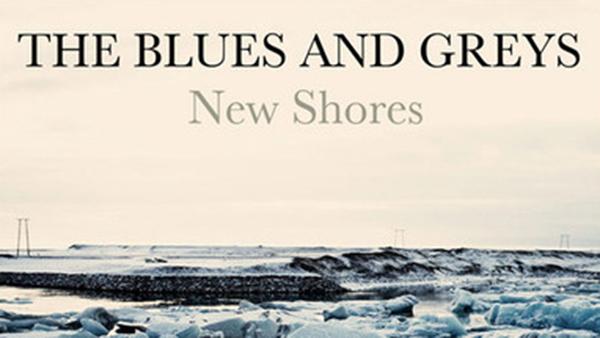 Diving into Santa Barbara’s music scene is the aspiring indie band, The Blues and Greys, who merge a diverse collection of musical backgrounds into one.

Nerves are high and talent is raw as the band prepares to perform their first show and release their new album, “New Shores,” in the same week.

“We are extremely excited to see what the future has in store for us,” said Lindsey Waldon, the 23-year-old front woman and former City College student. “It has all been happening so quickly.”

The six-member band was drawn together by mutual friends. All of the members are Santa Barbara natives, besides Waldon, who is from Placerville, Calif.

As the lead vocalist, Waldon is recognized around Santa Barbara as the former singer “Little Indian.” She has been writing and playing music for numerous years with the band’s guitarists, Thom Flowers and John Miller.

“We had a natural connection and flow from the start,” said Waldon. “We decided to keep it going.”

Flowers is a local celebrity producer and does most of the bands production at Orange Whip Recording Studios.

Also contributing to the pool of talent is, Austin Beede, drummer and prior member of the band, Alberta Cross. The group’s current bass player, Michael Million, is also a part-time member of the local band, Indian Trading Furs.

The group has been together for nearly a year with the exception of their most recent addition, Zach Wallace.  Wallace recently joined playing the keyboard and synthesizer; the band refers to him as “the synth lord.”

“My job is to find sounds on the synth that sound like the keyboard melody lines,” said Wallace. “I give our songs an electronic feel.”

Wallace, a 20-year-old City College music major, also plays guitar in the Big Jazz Band on campus, as well as the synthesizer in the Indian Trading Furs with Million.

The band has been vigorously preparing for their record release party on Friday, Oct. 18, at Muddy Waters Coffee House.

“It’s a great sounding record,” said Bill Lewis, manager and co-owner of Muddy Waters. “It pops right out of the speakers.”

Lewis is a huge supporter of local music and had the opportunity to see many of the member’s preform over the years.

“They are a nice crop of young musicians who are really talented,” he said.

Once releasing their first record they will begin touring several venues throughout Los Angeles and San Francisco.

Their songs have been highlighted on the MTV show, “Awkward,” as well as on commercials for Subaru and Budweiser.  Their single “New Shores,” is available on iTunes, and is featured as localized pick of the week on Santa Barbara’s alternative-rock radio station, KjEE,.

“Everyone here at the studio is pretty excited for this local band,” said Phat J, KjEE’s afternoon disc jockey. “They are a pretty cool collaboration with similar sounds to the band Postal Service.”

The group refers to their genre as indie-progressive or mellow-rock.

“We take a hyped up song and mellow it out,” said Waldon. “Our songs sound dark but sweet and relaxing at the same time.”

The band draws inspiration from artists like Churches, The National and Portugal the Man.

The Blues and Greys eventually hope to make a career out of their band and receive an opportunity to tour the world.