Student with passion for (food) fashion makes own bacon 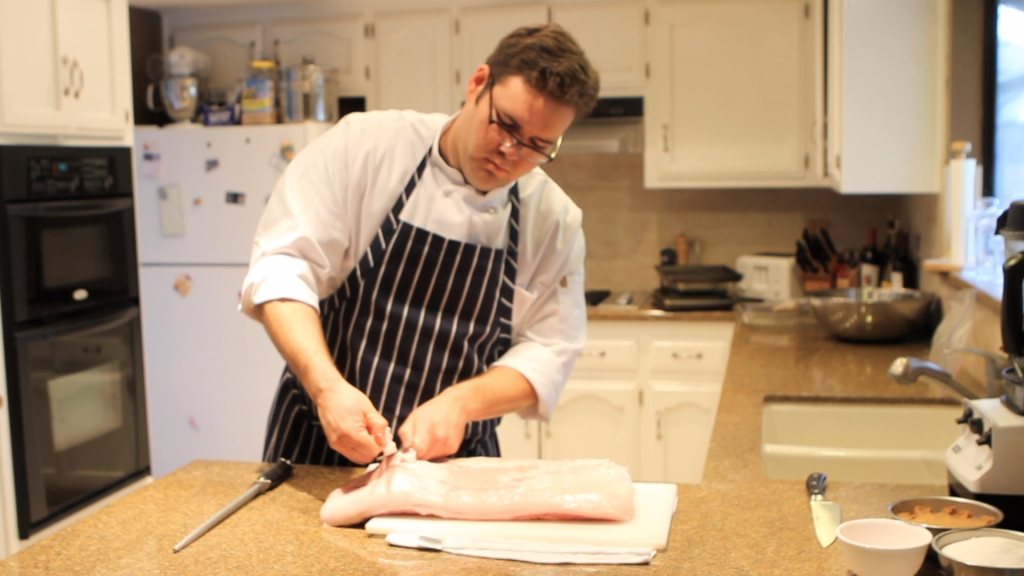 Brian Reigle, a City College culinary arts student, was inspired by a growing food trend called ‘nose-to-tail’ and decided to make his own bacon from scratch.

‘Nose-to-tail’ is practiced in restaurants all over the world. They purchase an entire animal and use most of their parts, such as heart, feet, tripe and liver to create innovative dishes that leave little to waste.

“I think ‘nose-to-tail’ is, has been and will always be something that real chefs use,” said Justin West, owner of restaurant Julienne in downtown Santa Barbara. “It’s a trendy business, you know, but I think that real chefs are always going to appreciate and respect the animal and use ‘head to tail.’”

Reigle orders whole pork bellies from “Woody’s Butcher” in Santa Maria for $6.95 per pound. He then cures, cuts and smokes the pork in his childhood home in Lompoc. The process takes between five and ten days.

“Essentially I wanted to take the meat analysis class at City College, but I couldn’t take it until next semester,” Reigle said. “I decided that I didn’t need the class to make bacon … and I bought a book on it.”

Reigle is enrolled in his third semester at the culinary arts department at City College. Department chair Randy Bublitz said Reigle is an innovative cook with a sincere passion for food.

“Everybody in the class seems to enjoy the bacon that I make [and] hopefully it’s not all concocted responses,” Reigle said. “But it’s all genuine I think.”